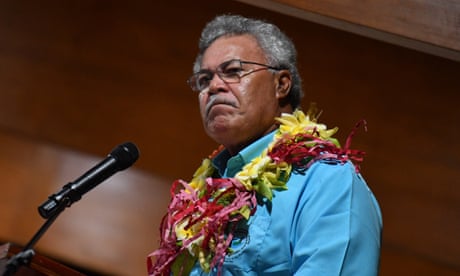 Former Pacific leaders have called for “urgent actions” to reduce global carbon emissions, including a commitment to no new coal or gas projects as Anthony Albanese prepares to travel to Fiji for the most important diplomatic regional meeting in the Pacific.

A group of former leaders of Pacific island nations, called Pacific Elders Voice, have called for accelerated efforts to move beyond coal and gas, and for new finance to be made available for loss and damage caused by the climate crisis, in the foreword to a new report released today by the Australia-based Climate Council.