The media like saying summers have been getting hotter, especially Europe. So Today we look at the Japan Meteorological Agency (JMA) July data that go back at least 20 years in Ireland, Sweden and Finland.

According to the climate crisis believers, mid summer there is supposed to be getting hotter. So let’s plot the July data and see if this is really  true.

First we start with Ireland: 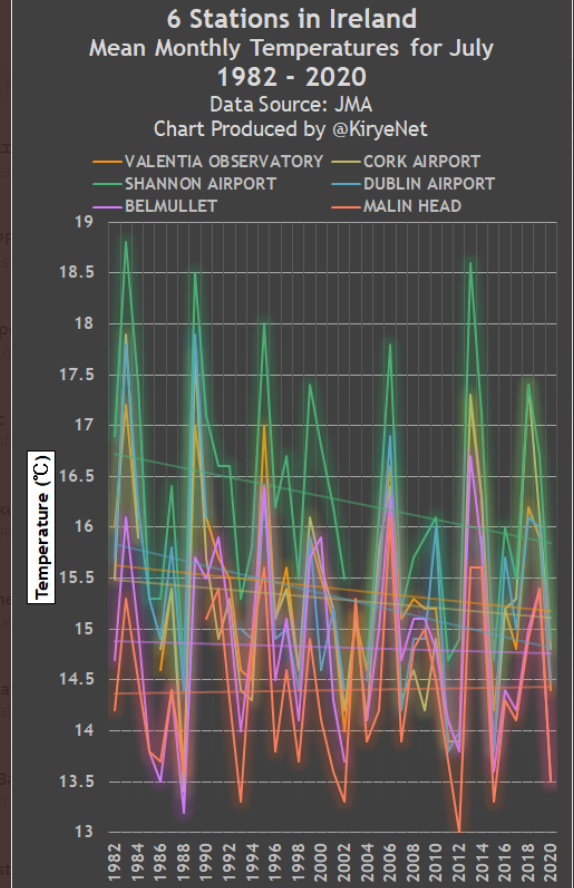 In Ireland five of the six stations with JMA data going back at least before 1990 show cooling for the month of July. What a surprise. The warming at the other station has been statistically insignificant.

Next we plot July data for Sweden for the stations with JMA data going back at least to 1997. Recall that this is the home country of Greta, the young girl who has been hysterically crying climate-wolf for 2 years now. 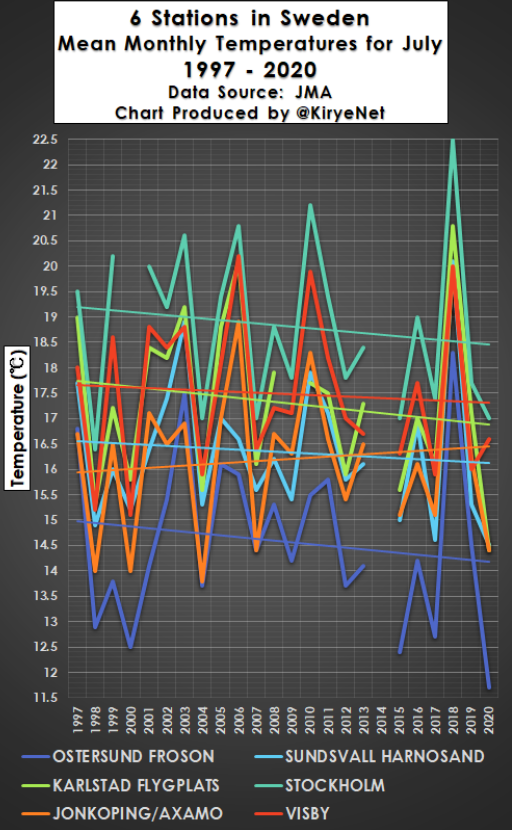 In Greta’s Sweden, the month of July has been seeing cooling since 1997. Strange warming climate crisis this is.

Finally we look at Sweden’s neighbor to the east: Finland. 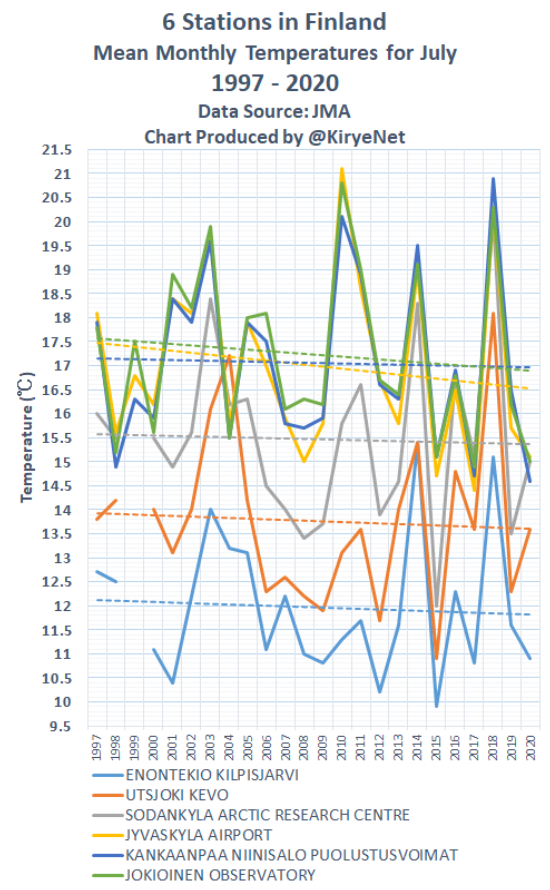 In Finland, not a single station with JMA July data going back at least to 1997 has seen any warming. Most stations show modest cooling taking place for mid summer.

So where’s the warming crisis?