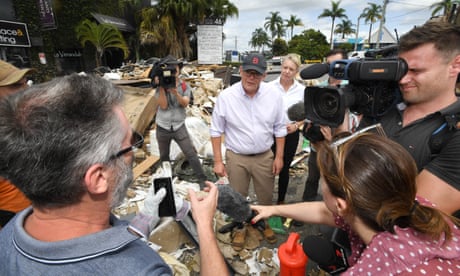 Backflip comes a day after PM rejected the request, prompting the Insurance Council of Australia to accuse the federal government of shirking responsibility

The prime minister, Scott Morrison, says the commonwealth will co-fund a $741m natural disaster resilience package for flood-prone Queensland communities – just a day after rejecting the request and claiming it was not his government’s responsibility.

Morrison made the about-face during an interview with Brisbane radio station 4BC on Thursday morning.