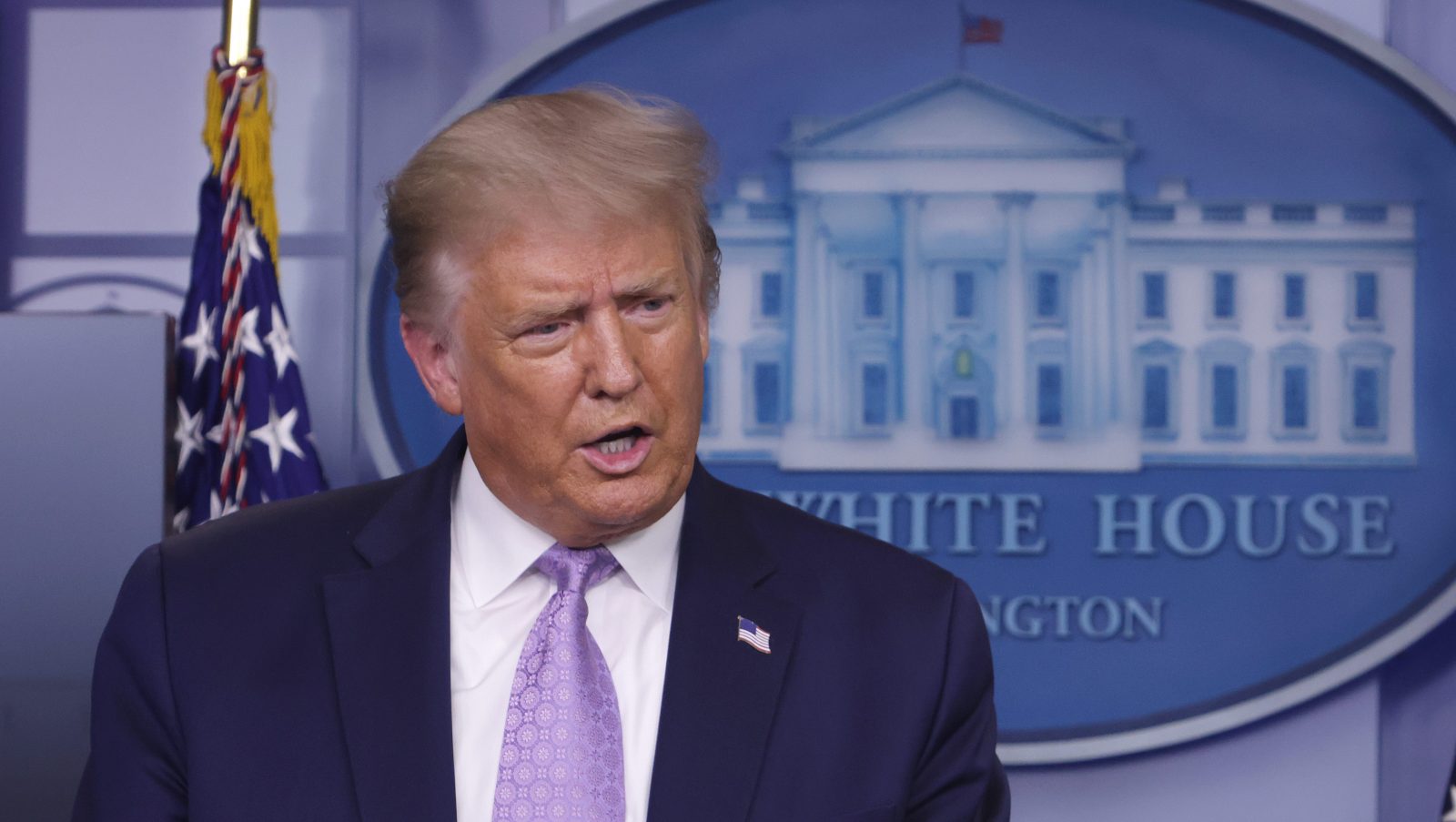 Last weekend, President Trump did something unusual. He issued a memorandum authorizing states to tap the Federal Emergency Management Administration’s (FEMA) $70 billion Disaster Relief Fund to pay for enhanced unemployment benefits. The new benefits are intended to replace the $600-per-week pandemic relief benefit, paid out on top of regular state unemployment, that Congress passed in March and that expired at the end of July. The move came after talks between the White House and Congress to renew the federal unemployment benefit stalled out, and at a moment when the official unemployment rate in the U.S. is hovering around 10 percent and multiple states are going broke.

Diverting money from the agency that helps Americans recover from hurricanes, earthquakes, and wildfires to cover for failed negotiations with Congress may sound on its face like yet another Trumpian norm violation. But contrary to some of the unorthodox decisions Trump has made in the past — like reallocating $155 million from FEMA to pay for immigration detention centers at the southern border — this one makes some sense, because FEMA is already in the business of paying unemployment benefits.

“FEMA funds have been used for Disaster Unemployment Assistance many times post-disaster,” Samantha Montano, an assistant professor of emergency management at Massachusetts Maritime Academy, explained. “However if all states and territories chose to utilize this program during COVID it would be at a scale never done before.”

It would also be according to rules, and a payment model, never seen before. Normally, Disaster Unemployment Assistance is available only to people who aren’t eligible for regular unemployment insurance. But Trump’s executive order allows people to access FEMA funds on top of regular unemployment by calling some of the FEMA benefits as “lost wages assistance” rather than “Disaster Unemployment Assistance” — a technical sleight of hand that some legal commentators have called into question. However, people receiving less than $100 per week on unemployment — which could be about 6 percent of all unemployment insurance recipients, according to one estimate — won’t qualify for the additional assistance.

According to FEMA, the federal government is supposed to fund 100 percent of the Disaster Unemployment Assistance program. But Trump’s plan asks states to pay 25 percent of the assistance funds per individual. Under his plan, federal pandemic unemployment benefits would total $400 per person per week: FEMA would pay $300 of it, and states would supply the additional $100 themselves. (That would be on top of existing state unemployment benefits, which vary from state to state.) When hundreds of thousands of people are unemployed per state, that additional $100 per person per week adds up quickly.

“In my home state of Florida, roughly 800,000 people are out of work,” Bryan Koon, vice president of homeland security and emergency management for a disaster response company called Innovative Emergency Management, told Grist. He was formerly director at the Florida Division of Emergency Management. “The 100 bucks a week per person is $80 million a week for the state,” Koon said. “That’s a pretty big chunk of change for Florida to come up with.”

It’s not clear that states will actually be required to pay that $100 per person in order to access the FEMA funds. States may count their normal unemployment benefits toward the match to avoid footing the additional bill. Trump has also suggested that his administration could allow some states to get the entire $400 per person insurance payment covered by the federal government, on a case-by-case basis.

Whether or not states have to chip in, the enhanced assistance will be temporary. The executive order specifies that the assistance will run out when the Disaster Relief Fund hits a threshold of $25 billion, when Congress extends its enhanced unemployment program, or on December 6 — whichever comes soonest. There’s only enough disaster relief funds available under the guidelines Trump put out to provide between three and nine weeks of enhanced benefits, according to different estimates. “Obviously the need for unemployment related to COVID will last much longer than that,” Montano said. When Congress will act to replace this band-aid solution with something more permanent is another big unknown. On Thursday, the Senate left Washington, D.C., for its August recess without coming to an agreement on the fifth round of coronavirus aid.

There’s another roadblock standing between Americans desperate for financial relief and the money sitting in the Disaster Relief Fund. State labor departments across the country, especially in states that don’t typically tap FEMA dollars for disaster relief, might have some trouble quickly accessing those funds, Koon said, due to their unfamiliarity with the bureaucratic requirements of the agency. “It could be kind of challenging and that could cause some delays in the implementation of the program.”

In an interview with ABC’s This Week last weekend, Senate minority leader Chuck Schumer raised similar concerns over Trump’s plan. “Most states will take months to implement it because it’s brand new; it’s sort of put together with spit and paste,” he said. “And many states, because they have to chip in $100 and they don’t have money, won’t do it.”

And lest we forget, COVID-19 isn’t the only disaster affecting Americans right now. The United States is facing very active Atlantic hurricane and wildfire seasons this year. Borrowing FEMA funds for unemployment relief might sound like a risky wager — what if another Hurricane Katrina hits Gulf Coast states? What if the Big One fillets the West Coast like a tilapia?

Koon says we have good reason to believe that Congress will vote to authorize more funding to replenish the Disaster Relief Fund no matter what happens. “It would be pretty ugly politics to let it go, I don’t envision that truly as a potential outcome,” he said. Plus, Trump’s memorandum requires the Disaster Relief Fund to retain that $25 billion for such disasters. So there’s money in the bank for lots of different kinds of disasters, and Congress is likely to keep that money flowing —if it ever comes back from vacation.

This story was originally published by Grist with the headline Trump wants to use FEMA to pay for unemployment. It’s not as crazy as it sounds. on Aug 15, 2020.