Continued claims of a German drought have become preposterous.

During today’s Sunday walk, I observed how much rain we’ve been getting here in northwest Germany lately – see photos below.

Many of the farmers’ fields have become flooded, streams and rivers are at high levels and ditches are full of water.

Yet, some alarmists out there would like to have us believe Germany is still reeling from drought and that it’s too early call off the alarm.

But in its most recent report, the German DWD national weather service again highlighted the ancient, wetter 1961-1990 reference period, because it allowed them to say spring came in drier than normal for the eighth consecutive year. The DWD want us to think there’s still a drought and that all that water out there should just be ignored.

Another trick the alarmists use is a color chart depicting the drought intensity in across Germany – for 1.8 meters soil depth! And here the data are not even actually measured, but rather are modelled, as explained here. 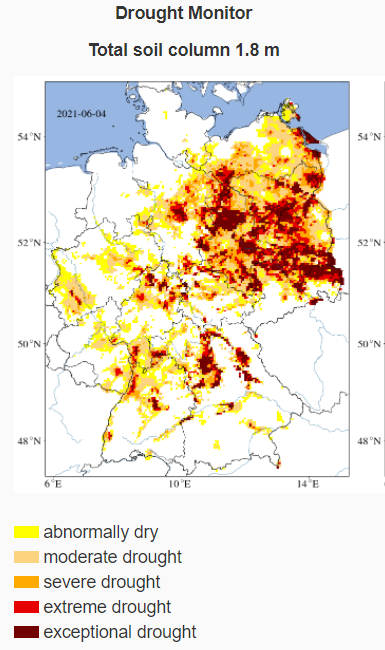 “Oh my God!” many people might think when they see the chart. “It’s dry out there!” The media love using the above chart because of all the computer model-generated red color.

But what’s the reality?

Yet, when we check the chart for plant-available water development from June 4th, 2021, the uppermost 25 cm of soil, the story looks very different: 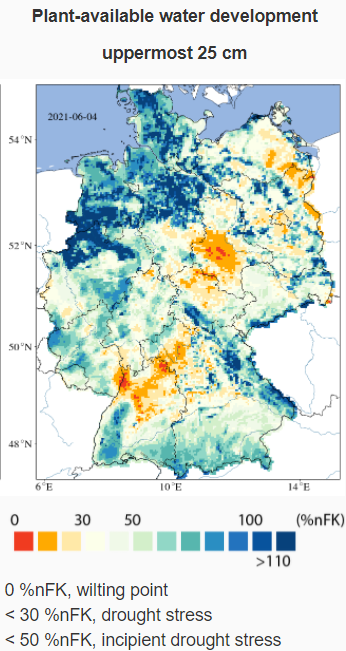 It’s wet! But the media never report on the above chart.

Photos of the German “drought”

Today I made some photos of the “drought” in Northwest Germany to show you just how dreadfully dry everything has gotten – because of fossil fuels of course. (Attention: sarcasm).

Below, entire sections of crop fields are under water from recent heavy rains: 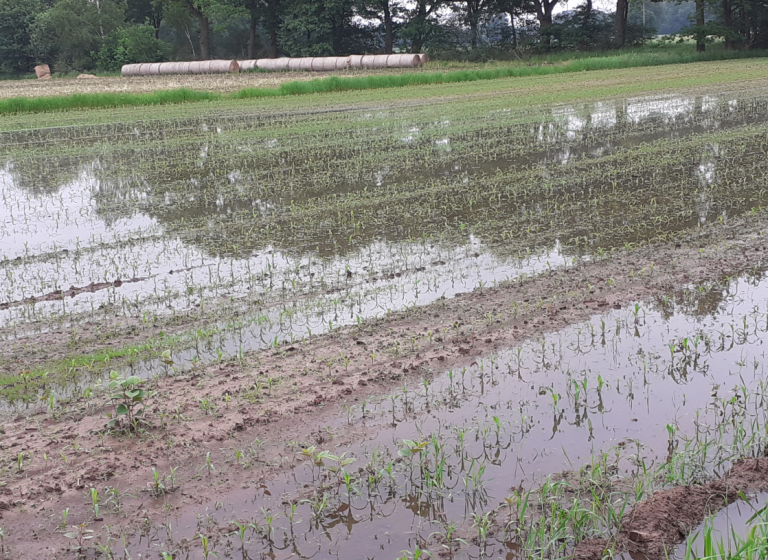 But hey, our models tell us the ground is really dry – 1.8 meters deep – that’s what really counts!

What follows is not a picture of some Southeast Asian rice field. It’s Germany suffering drought conditions, the media like to tell us. Another soaked field: 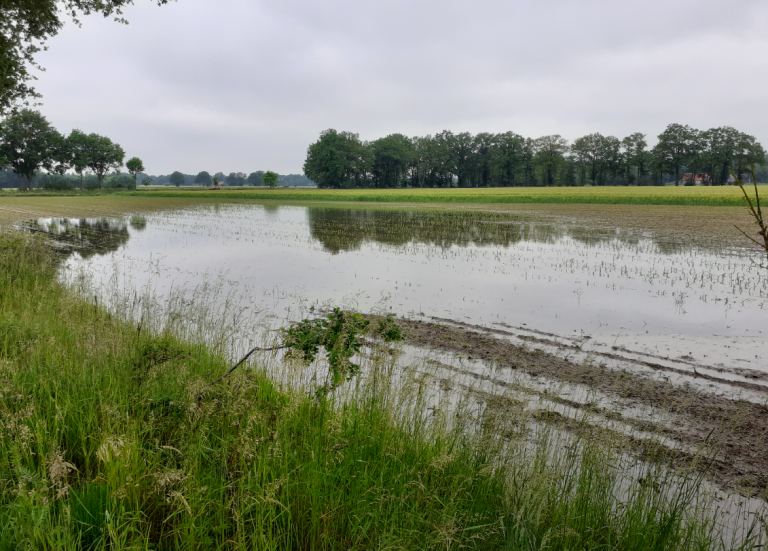 The tree in the next photo is definitely suffering from drought stress – due to manmade climate drying: 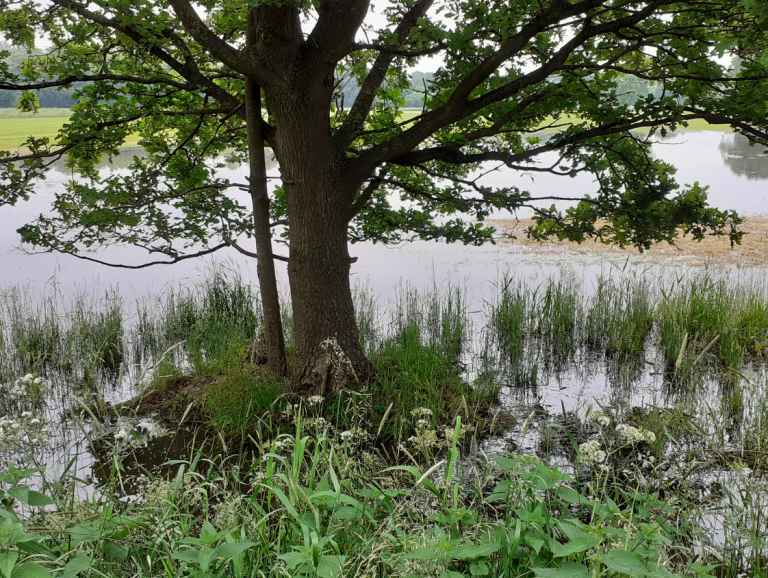 White asparagus (Spargel) is a German favorite at this time of year. But this year’s harvest is being severely hampered by the North German drought now taking place (2 meters under the ground, models say): 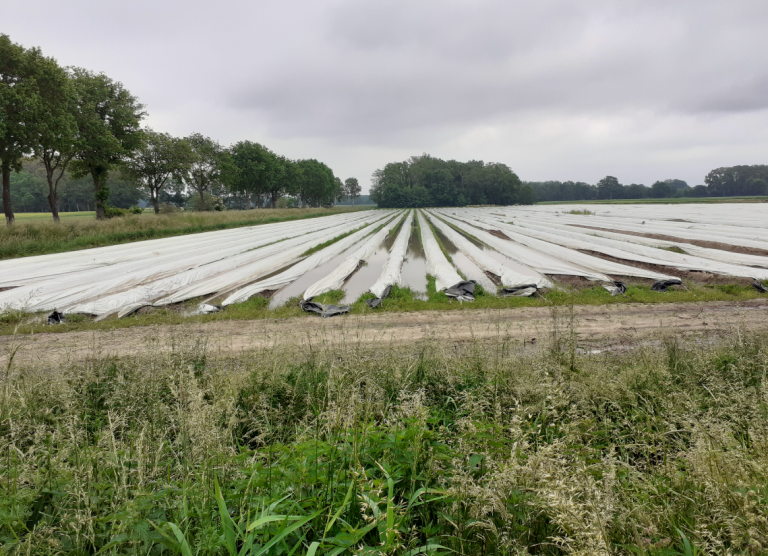 Yes, German farmers are praying day and night for badly needed rain because their fields are so parched (sarcasm): 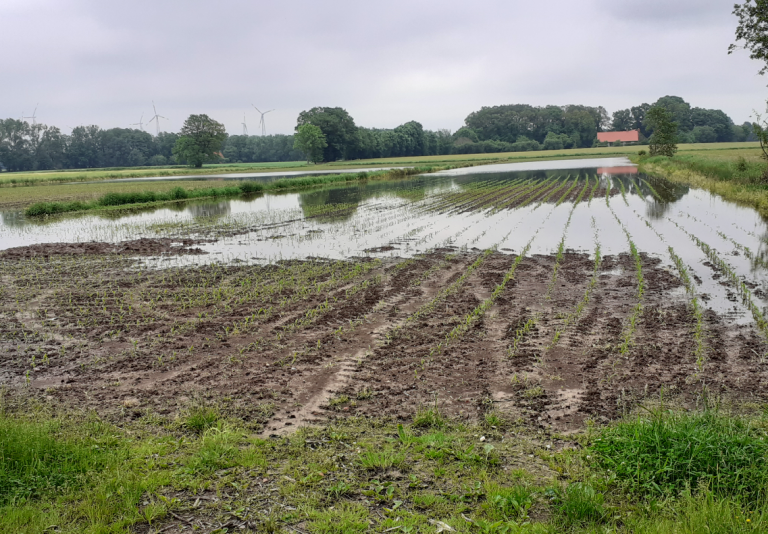 No, the following is not the Garden of Eden. It’s what drought-stricken North Germany looks like right now. Just ignore all the green color and damp appearance: 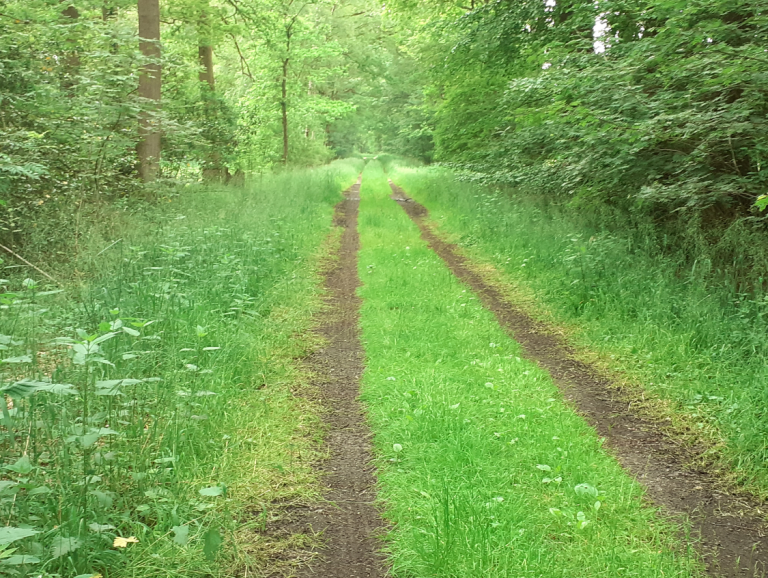 The windmills still aren’t working to rescue the climate – just look at how parched this field is: 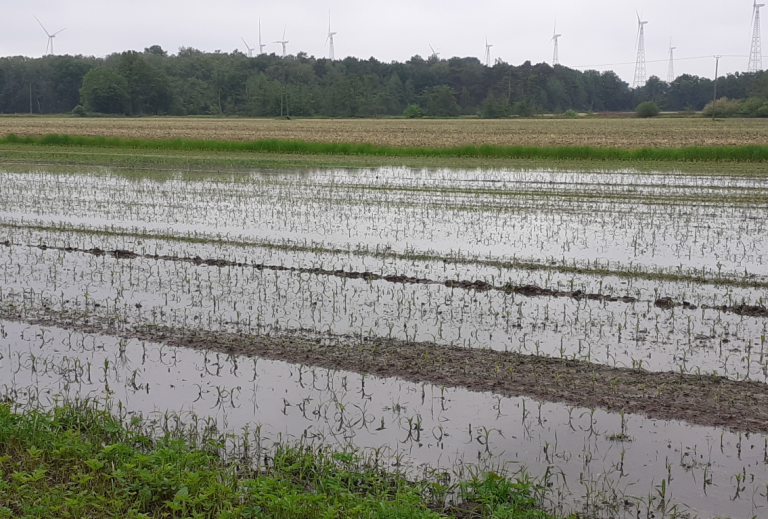