Global warming activists like to remind us how so many places on the globe are warming faster than anywhere else. And if every region is warming, then we would expect the spring season to be arriving earlier and fall starting later, meaning an extended summer season.

Today we look at fall (Sept – Nov) mean temperatures at stations across United kingdom and Ireland. We use data from Japan Meteorological Agency at the stations for which there are enough data going back to 1995 or earlier. These data are untampered, unlike the NASA GISS data.

First we start with fall mean temperature data from 14 stations scattered across the United Kingdom: 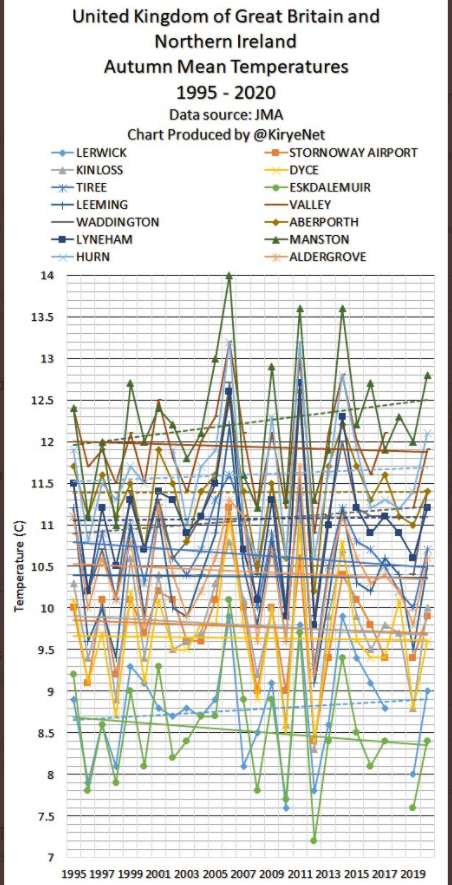 Taken as a whole, above we see no real warming having taken place in the United Kingdom since 1995. Eight of the 14 stations in fact show cooling or no warming trend.  Though the mean fall temperature rose over the course of the 20th century, it hasn’t risen this century. This defies the often heard media claims  of warming by the climate alarmists.

Next a plot of the mean fall temperature for Ireland also shows the same story: no real change in over 30 years. Here we have 6 stations for which the JMA has data going back to 1989. 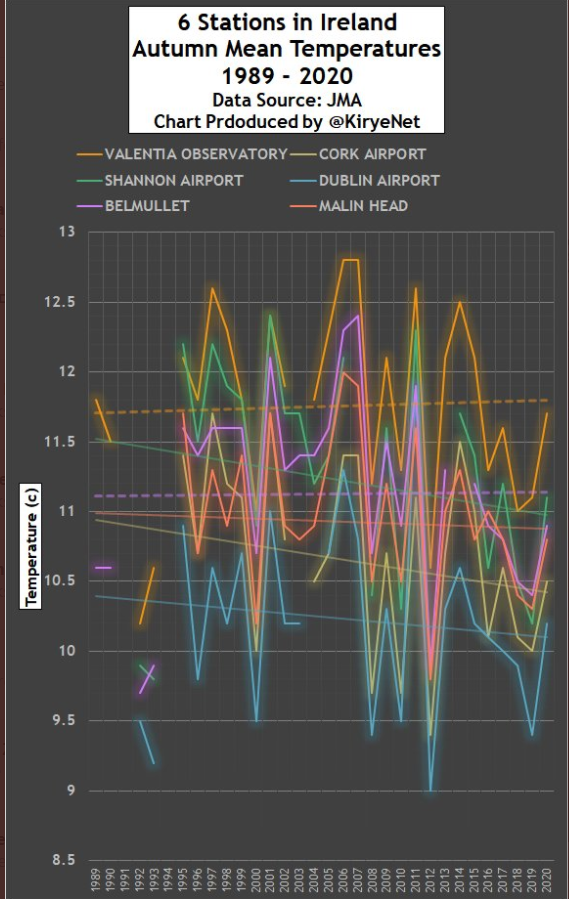 Four of Ireland’s 6 stations show cooling temperatures. Two are warming, but not significantly by any measure.

So why have the mean fall temperatures stalled in the United Kingdom and Ireland? Global warming alarmists don’t want you to know this, but there are so called oceanic cycles that dominate regional climates on a decadal scale. For Western Europe especially the AMO has an impact:

No wonder fall temperatures have stalled. The warm phase of the AMO has peaked and has been heading down since 2008. CO2 is not what is driving the climate.