Evidence that temperature swings of ±17°C occurred during the end-Triassic mass extinction event imply that CO2 would have needed to increase 8- to 1,024-fold (3 to 10 doublings) to have induced that magnitude of temperature change. It didn’t.

Evidence from a new study (Petryshyn et al., 2020) suggests “repeated” temperature swings of 16-17°C occurred in Cotham Marble (CM, southwest United Kingdom) at the end of the Triassic epoch, when the worst extinction event of the last 500 million years occurred.

However, Petryshyn and colleagues acknowledge they “cannot resolve millennial-scale increases in temperatures in the region, implying that, at least locally, the initial extinction is not attributable to extreme warming.”

But even if the end-Triassic mass extinction (ETME) could be attributable to extreme warming, CO2 would be “implausible” as a mechanism.

According to models, CO2 increases up to 8 times the pre-industrial baseline (280 ppm) could only increase sea surface temperatures 5.4°C at most (Petryshyn et al., 2020). CO2 concentrations would need to increase up to 1,024-fold to elicit temperature changes reaching 16 or 17°C.

Therefore, “the initial onset of the biodiversity crisis may necessitate another mechanism.” 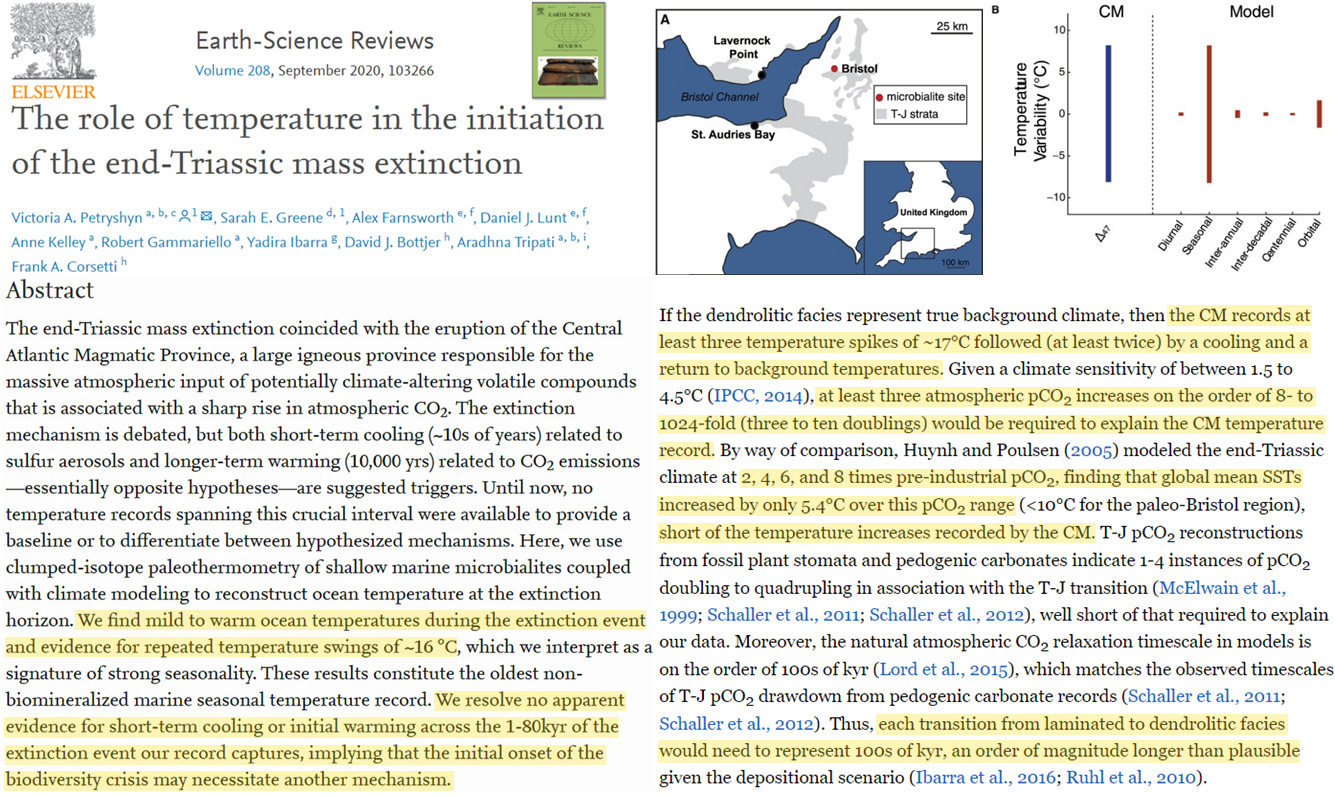