Due primarily to land uplift, markings on “seal rocks” show dramatic declines in relative sea level along Sweden’s coasts in the last 290 years.

The explanation for falling sea levels throughout much of Northern Europe is that the land in this region of the world is rising faster than eustatic sea levels are.

Written records of relative sea levels dated to centuries ago are well described in the use of certain “seal rocks” – rocks that were important for seal hunting (Weisse et al., 2021). Notice the “1731” marking in the image below to detail sea levels that were 2 meters higher at that time. 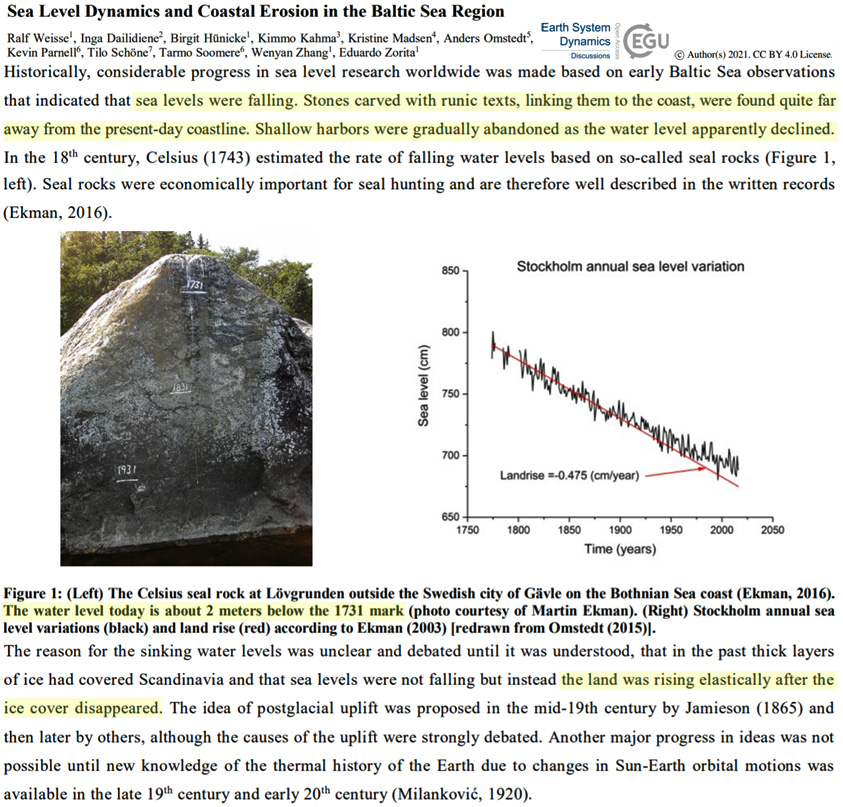 It’s interesting, though, that Sweden not only has experienced falling sea levels in recent centuries, but temperatures there today are about 3°C colder than nearly all of the last 9000 years. 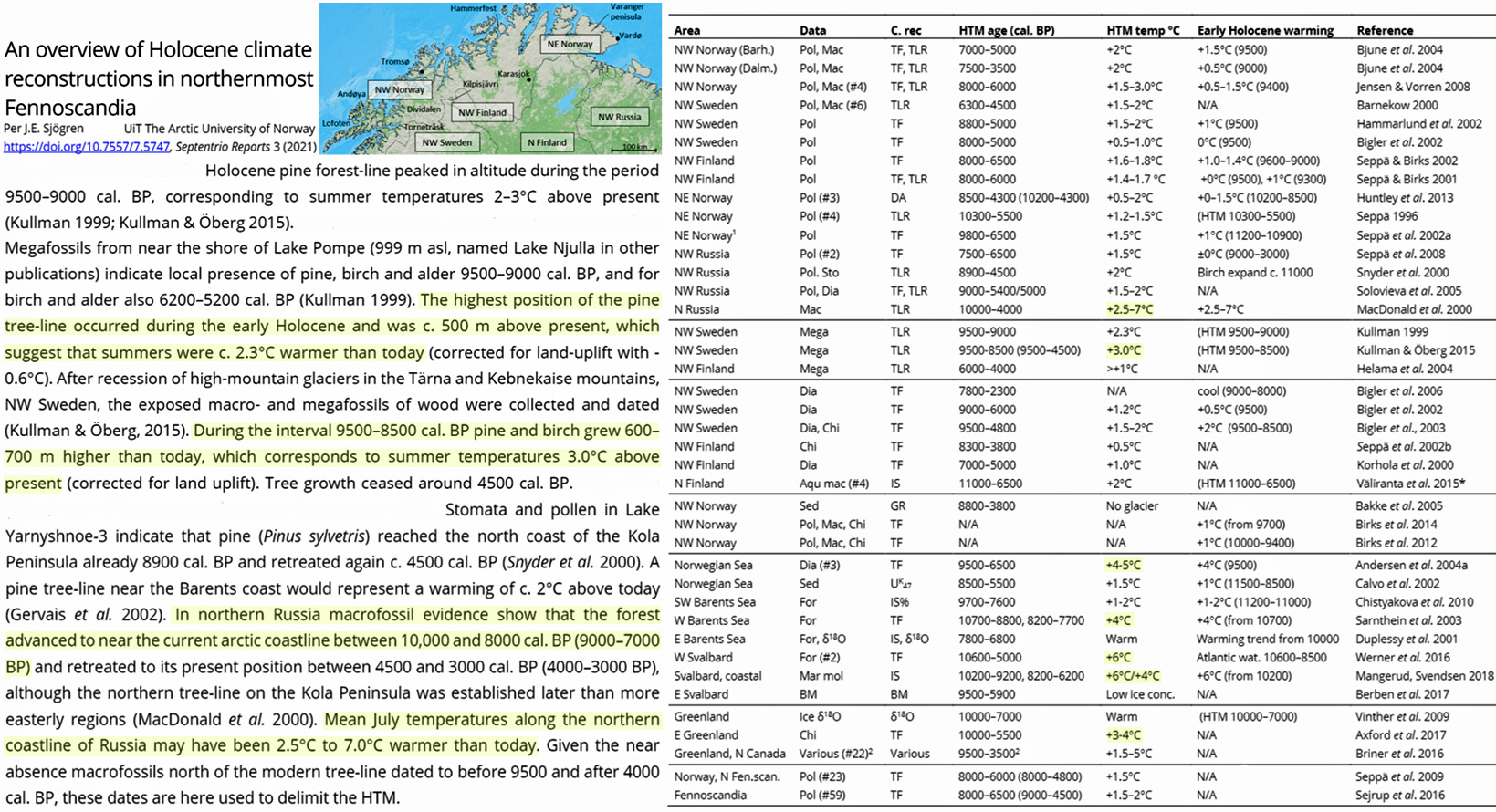